There is one thing on Chicagoans’ minds this week and that thing is Lollapalooza. Whether you’re psyched to go or are avoiding it altogether, you know this weekend’s annual music festival will be one of epic proportions.

I’m looking forward to checking out Ariana Grande Sunday night but am a little rusty on the festivities as I’ve only Lolla-ed once in 2015. So, in an effort to help both me and you prepare for the music event of the summer, I asked my friend, Rachel Elizondo, for some advice as she’s a seasoned Lolla-attendee.

And now, for a little throwback, a walk down memory lane to 2015’s Lollapalooza where only one name mattered that weekend – Paul McCartney.

The hills were alive with the sound of Lollapalooza this weekend as thousands upon thousands flocked to Grant Park for the epic music festival. The fest, per usual, ran for three days spanning Friday through Sunday and brought some very talented acts to Chicago.

For many, Friday was more of Lolla-Paul-ooza as fans lined up to see the legendary Sir Paul McCartney perform as the headliner. This was the reason my friends and I decided to go, what with all of us being Beatles fans. To be completely honest, I’m not one for music festivals and I really didn’t know many of the other acts who were performing. 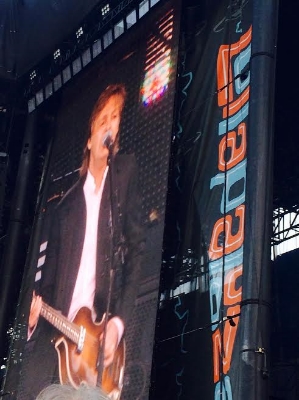 However, this gave me time to fully take in the experience of Lolla. As a first-timer, I wasn’t sure what to expect from an event this size. What I did know to expect was that the crowd would be huge, it would be uncomfortably hot and the alcohol would be expensive.

To combat these issues, I made sure to practically douse myself in sunscreen before leaving the house (listed on the “What Not to Bring” page on Lolla’s website was any type of spray sunscreen is prohibited but lotion is allowed). Of course, I only had spray so I had to make due with what I had. Next, I knew sunglasses would be a must as well as a light and comfortable outfit. What I did wish I had done was wear more practical shoes rather than sandals. Converse seemed to be the most popular form of footwear.

As for the expensive alcohol, that’s to be expected at any concert or festival. However, there is a (kind of) good deal for wine fans where you can get a large water bottle filled with a red or white that runs at $26. This is ideal if you are sharing with someone, especially since it gets warm quickly which can make for a bad situation. 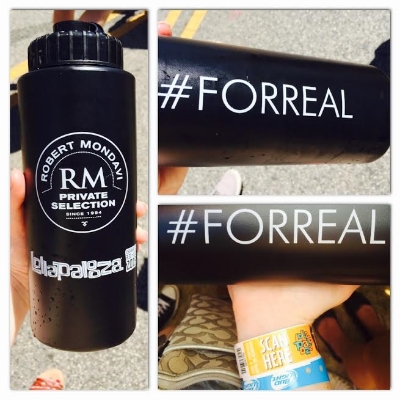 Because my friends and I went to see Paul McCartney, we hung out near the Samsung Galaxy stage he would be performing at and watched the acts that preceded him in an attempt to get the best spots possible. After watching Glass Animals, Cold War Kids and Alabama Shakes, we wound up in fourth row center for what was probably one of the best concerts I have ever seen.

McCartney played for over two hours straight and elated the audience with classics like “Hey Jude”, “Let It Be” and “Band on the Run”. There was also a firework display during and immediately following his performance.

Seeing a Beatle in person was an unforgettable experience and seeing how Lolla has grown over the years was astounding. For next time, I’ll need to remember to wear more comfortable shoes, drink WAY more water throughout the day and invest in some lotion-based sunscreen.