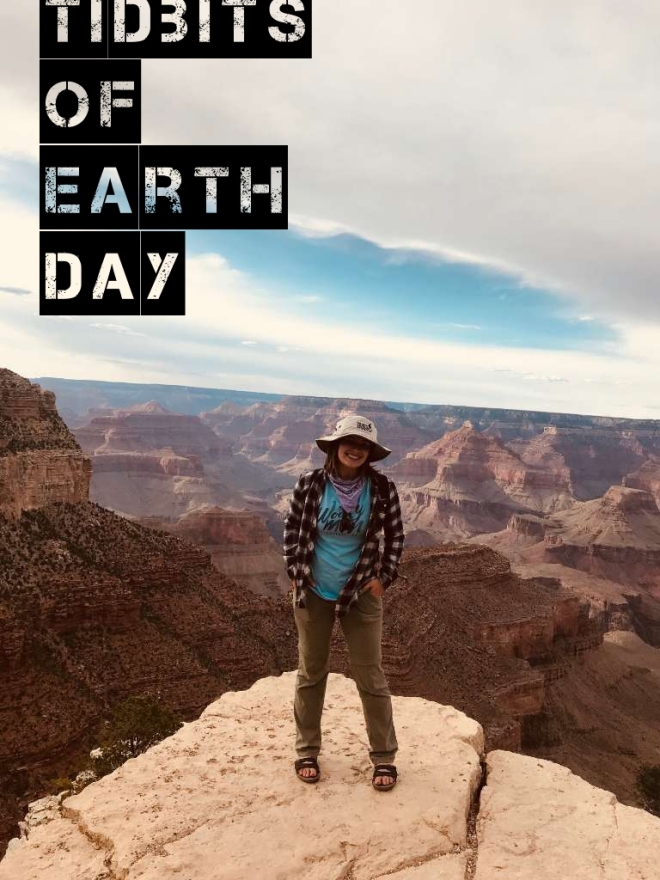 It’s no secret that the Earth is in turmoil. This isn’t something only to focus on Earth Day, but it’s something to take into account every day. Many of us don’t know the first step to take on this overwhelming concept. That’s why there’s people like Rachel Elizondo, senior Earth and Environmental Science Major at University of Illinois – Chicago.

We talked to Elizondo about the challenges facing the Earth and what we need to know in order to move forward in helping our home. See our conversation below and think about how you can challenge yourself to celebrate Earth Day every day. 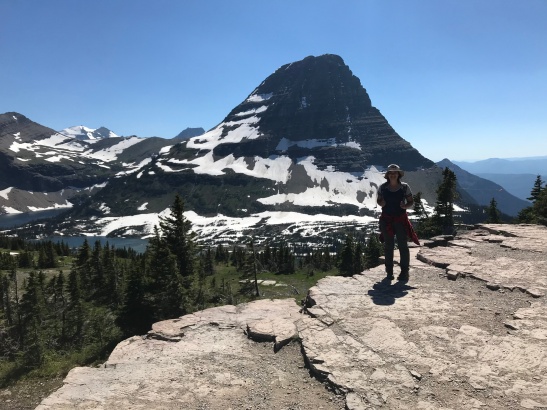 The Tidbit: What’s something most people don’t realize when it comes to the importance of recycling?

Rachel Elizondo: Overall, when an item is not successfully recycled, it ends up in a landfill and while landfills are unsightly, they also pose major secondary threats to the environment. Landfills are sources of greenhouse gases, leachates and toxins. Along with that, I think that most people do not realize the amount of time it takes for most items to biodegrade. One single straw can take 200 years, a water bottle can take up to 500 and a glass bottle can take 1 million years. Even something like an orange peel takes six months when it is exposed to oxygen, but the problem with landfills is that they are usually covered and not exposed to oxygen so even more hazardous gases become abundant due to the anoxia. This anoxia promotes anaerobic decay of organic matter and produces methane which is a GHG 20x more potent than CO2. Leachates and toxins are also a major problem in landfills. To put it simply, leachates are the liquid that drains or ‘leaches’ from a landfill. These leachates and toxins can penetrate the soil and eventually make their way into a water table. This would mean contaminated water that is no longer drinkable or usable for agriculture. Furthermore, most of the plastic that is in the ocean was once in a landfill, recyclable items such as plastic bags are lightweight so when they’re placed into a landfill its very easy for them to be carried by air into the ocean. Plastic bags and straws aren’t the only thing polluting the oceans, I read an article the other day that said there was plastic found in the Mariana Trench (which is the deepest point on Earth) and when they sampled the sediments there they found abundant amounts of polyester. Polyester is what is used to make clothing and fishing line so don’t just think that recycling ends at plastic bottles and paper, recycling/handing down/thrifting clothing helps, too! All in all, the best thing you can do is to reduce your consumption, reuse what you already have and be mindful of what you buy and how you dispose of it. Another tip for reducing your waste is to compost!

TT: Based on your studies, what is the status of Earth’s health?

RE: I can say a lot of things about this. Overall, I like to think that I am rather hopeful. I think younger and more motivated people are coming into positions of political power and writing-in stricter policies and guidelines for the large corporations that are doing the most damage. On the other side of that, sometimes I feel like I know too much to be that optimistic. The Earth’s climate is changing rapidly, population is increasing so demand for things such as agriculture and energy are also increasing. After reading so many academic journals and analyzing so many climate models and feedback loops, it is hard to remain optimistic at times. Bottom line, temperatures are rising, weather is becoming more extreme, ice caps are melting and oceans are acidifying, this SHOULD scare you and make you uncomfortable.

TT: What can people do to get involved with helping the environment?

RE: On an individual level, be mindful, get involved and volunteer! For example, just last week the Chicago chapter of the Sierra Club was able to get the Chicago city council to commit to 100% renewable energy by 2035! This is a huge step in the right direction and that was only made possible through a group of volunteers coming together for a common cause. On a larger level, POLICY. Seventy percent of the GHG emissions come from LESS THAN 100 MAJOR COMPANIES. While working at an individual level to reduce your carbon footprint is essential and holds a lot of value, it is these major corporations that hold the future of the Earth in their hands. We need stricter enforcement for these companies, and we need to implement green infrastructure immediately. Another big one must be education. Andrew Wheeler, who is the administrator of the EPA (Environmental Protection Agency), recently said that climate change would not be a problem until about 50 years from now. Even if he believed that, which I highly doubt he does, it still means that children and young adults living now will have to face the consequences of the generations before them. If we start talking to children about climate change at a young age, this will promote the urgency of our collective problem.

TT: What is something you wish people took more seriously about the environment?

RE: Climate change holds a major domino effect. Think of it this way, the ice caps melt, the water level rises, CO2 is released, which warms the air even more and acidifies the ocean, this acidification can affect seafood supplies and the ocean’s ability to store pollutants, including future carbon emissions. In climate science we call these domino effects ‘feedback loops.’

Another big one is that just because climate change does not directly affect you yet does not mean that you should not care. We all share the same planet and carry the same responsibility for ensuring its longevity. Climate change will inevitably bring major destruction, famine and war. It is important to remember that climate change is not as one-dimensional as it may sound.

TT: What else do you want to sound off on in regards to Earth Day/environmental science?

RE: Yes, the Earth does go through cycles…just never this rapidly. Climate variations have always been a part of Earth’s history, in the 4.6 billion years that the Earth has been around it has been a volcanic playground, a snowball, a large ocean with just a few islands, and a place of extreme disaster which included extinctions but eventual rehabilitation. Overall, the Earth has done a remarkable job of self-regulating over time, but the addition of rapid industrialization and human activity have disrupted this immensely. The additional CO2 and other harmful GHGs – such as methane – have been rising steadily since the 1950’s and are expected to continue the same disastrous path. So, while the Earth goes through natural cycles, these emissions are anything but natural and the imbalance of GHG sinks and sources are not sustainable.