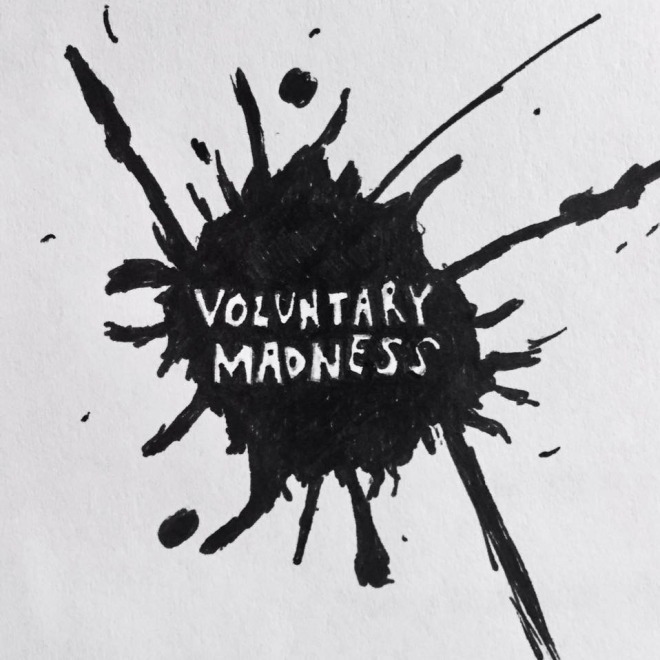 Chicago Band, Voluntary Madness, Shares The Method Behind the Madness

The Tidbit is always proud to showcase up and coming artists, and we’re so excited to introduce our next interviewee: Voluntary Madness. The local Chicago band is making waves via streaming, and members Alex, Dana, and Nathan, join us to discuss the band’s history and future. 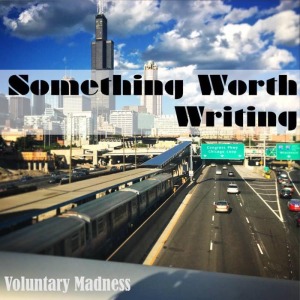 The Tidbit: How long have you been together as Voluntary Madness? What role does each of you play in the band?

Dana: we’ve been together since summer 2016, give or take. Alex had been trying to get us to collaborate on something for ages and finally when we were all in the same spot after college I decided to give it a shot! I typically will write lyrics/vocal lines, sing, and play trumpet and piano. Sometimes I write the trumpet/piano parts, sometimes alex does.

Alex: Wow, I can’t believe it’s been that long already! We’ve been busy for a while now! I compose/arrange most of the songs as well as play guitar, bass, and some vocals. I’m becoming a little more courageous with my voice though! I also act as producer and do all of the recording/mixing. I generally leave most of the lyrics to Dana and Nathan, lyrics are definitely my weakness.

Nathan: I joined Alex and Dana pretty early on just by writing lyrics for a couple things, and then singing on a couple songs as well.  There was a period of time where I was living in Minnesota and so it was a lot harder to collaborate, but we did our best during that time.  Now that we’re all back in the same area I have been able to contribute a lot more in writing of vocal lines and lyrics which has been awesome.  Voluntary Madness is the first band I have ever been a part of, but Alex and I had worked together on several small creative projects in the past so playing a part in this one felt natural.

Alex: I took a few years of music production classes growing up, so I had been making music on my own for years before we all got together. I was also a part of a couple other bands before Voluntary Madness as well. But we all grew up together and knew each other through marching band, so when the three of us decided to start making music together, it just made sense!

TT: Where did the name Voluntary Madness come from?

Dana: I feel like we spent a long time brainstorming ideas and had paragraphs worth of possibilities. In the end we thought it would be cool to reference a famous quote, so we landed on this one by Seneca: “Drunkenness is nothing but Voluntary Madness”. It seems to fit because I think we mention alcohol in practically every song. We like to have fun.

Alex: We had pages and pages of famous quotes that we were pouring through to see if we could create a band name out of any of them. Eventually though we came across the quote Dana mentioned, and immediately we were reminded of themes we had sprinkled throughout many of our songs – most notably Poison Routine. This notion of doing something over and over again despite the toll it’s taking on you… it’s madness! It’s sort of an introspective look at the life of the average mid-twenties millennial doing their best to find some sense of direction in their life.

TT: What would you say is your musical style? Is it inspired by anyone/thing

Dana: I think we’re influenced by a lot of different bands/styles. Especially since there are three of us involved in the writing, we draw from a lot of different places. If I had to choose a genre, most of our stuff is alternative rock. But we like to experiment outside of that.

Alex: Oh my gosh, we draw inspiration from so many other bands/songs, it’s hard to keep track of them all. Basically whatever we’re listening to at that point in time [laughs].  On our upcoming album specifically we were inspired by the likes of Mumford and Sons, Blue October, The Beatles, The Struts, Young the Giant, Walk the Moon, as well as specific songs like Stand By Me, and Hooked on a Feeling. I like to think we root ourselves in a solid rock/alternative rock foundation and then sorta branch out in a bunch of different directions from there. I also love punk and pop music, so elements of those genres have a tendency of leaking into our music as well.

Nathan: I too always tell people alternative rock when asked, but I think the truth is as a group we listen to a really wide variety of music and so we want to try making a lot of different styles of music and we’re still doing a lot of exploring what we like doing.

TT: What’s next on the horizon for Voluntary Madness?

Nathan: Were right on the cusp of having a lot of new music to put out so we’re pretty excited.  We’ve been overall pretty unproductive for a while so it feels great to be making so much progress towards the next album.

Dana: our big thing right now is just putting out more music. We’ve had a bit of a lull but have a lot of half finished projects that we really want to hone in on and finish off. It’s exciting to get back into it and anticipate having new music out for our listeners! Our fan group “The Madmen”, as they like to call themselves, are clamoring for more.

Alex: I’m very excited about our upcoming album – hopefully out first full-length one! ’d also like to increase our activity on social media, start churning out new music more quickly, and with any luck maybe get a few live performances under our belt. Our first album was pretty rough around the edges, but I think we’re already seeing a huge step up in quality here on the second one. I feel like we could put on a pretty great live show! …Also maybe our own website, that’d be cool [laughs].

TT: If you could collaborate with any artist, who would it be and why?

Alex: My dream would be to one day collaborate with Jack Antonoff or Ricky Reed. Those two have had such a huge influence on my outlook on music and have done more than anyone else to inspire me to keep producing.

TT: Which song of yours describes each of you and why?

Dana: I feel like the songs that describe each of us really just line up with which songs each of us wrote the lyrics for. For Nathan it would be PBR and Pressure’s on. Alex’s song is Here I Go. And I think the one I’d peg for myself is Bottomless Mimosas. All those lyrics came from the heart and they’re raw. They really depict whatever spot each of us were at in our lives at that point.

Alex: I would say most of our songs are very personal and describe a part of each of us in one way or another. But if I were to choose one it would probably be the song “Here I go!” off of our upcoming album. While in the literal sense it’s about finding the courage to start up a conversation with someone you meet at a party/event, in a much broader sense it’s about realizing you’re not going to be around forever and you’ve got to make the most out of the time that you’ve got. Time keeps moving along even if you don’t, so don’t let the moment pass you by! I’ve been working on this particular song for about four years now, so it’s definitely one I feel a strong personal attachment to.

Nathan: I wrote the lyrics for the song PBR and Pressure’s on at a huge turning point in my life, and I’ve come a long way since then.  I don’t know if it really describes me so much as reminds me how far I’ve come since then, but it is definitely the song I have the strongest personal attachment to.

TT: Where can people find your music?

Dana: we’ve got it up in a bunch of different spots. All the main streaming options: Spotify, Google Play, etc. Plus you can check out our Bandcamp and SoundCloud.

Alex: You can find out first EP – Something Worth Writing – on pretty much any music streaming platform you’d like! Spotify, iTunes, Google, I think we’re even on Tidal if anyone actually uses that [laughs]. You can find Mind Me, Be Dangerous – our first single from our upcoming second album – up there too.

However, if you’d like a sneak peak of some songs to come, you can find us on SoundCloud (SoundCloud.com/VoluntaryMadness) or BandCamp (VoluntaryMadnessMusic.BandCamp.com) as well! Follow us on social media too at Facebook.com/MadnessChicago or @MadnessChicago on Twitter! We post stuff approximately twice per year!

Dana: Mainly just a cheesy sentiment, which is to keep up with music. If you have any interest at all, be sure to keep music as a part of your life. I was super involved in music in high school and college and wasn’t sure how I would stay active after college. Being a part of this group has given me an awesome opportunity to collaborate and have a creative outlet. Keep creating and exploring music!!

Alex: First is like to give a special thanks to my good friend Molly Briscoe, she’s been helping out a ton making artwork for our last few songs and we’ve been deeply appreciating it!

Additionally, I’d like to take a moment just to encourage everyone to go to more local concerts. Local artists are playing literally all the time, usually for ridiculously cheap. It makes a world of difference for the artist and the indie music scene as a whole. Plus you never know, it could introduce you to your new favorite band, new friends who share similar interests as you… it’s crazy how much one good show can change your life!

Finally, I’d also like to thank The Tidbit for this opportunity! As an avid reader I was very excited when you asked to interview us. I wish you the best of luck with this site and am excited to see what it has in store in the future!