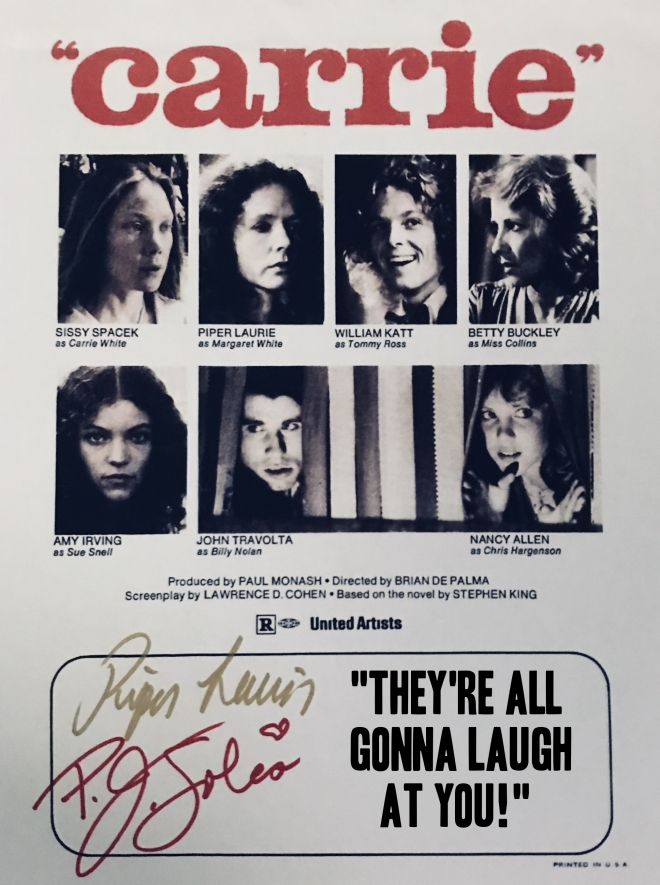 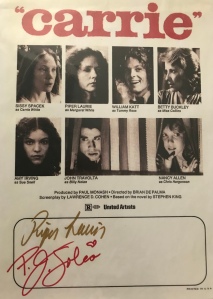 If you ask me, Carrie (1976) is one of the greatest films of all time. I have fond memories of watching the VHS over and over again with my best friend, Maddie. In fact, we used to watch it so much that we both knew every single line from the movie. We’ve since gotten a little cooler, but still do a Carrie watch every once in a while. (e.g. last Saturday night).

Every time I watch this film, I’m filled with sadness for the character of Carrie. She is relentlessly bullied at school and is mentally and physically abused by her mother. Her mother, a religious fanatic, is so much in her head that she attempts to persuade Carrie not to go to the prom because she will get laughed at. “They’re all gonna laugh at you! They’re laughing. They’re all gonna laugh at you!” Carrie’s mom, played by the incredible Piper Laurie, cries before Carrie leaves for the dance.

Being that the movie (based off of the frightening Stephen King novel) is over 40 years old, I will go forward with possible spoilers. Carrie attends the dance with the most popular boy in school, and then is humiliated when a bucket of pig’s blood is poured on her by the school’s resident mean girl, Chris. There’s a moment of shock and silence before the gymnasium erupts with laughter.

Now, the question is, is this laughter real (as Carrie’s mom predicated) or, is Carrie imagining it because her mom put the idea into her head? It’s left up for interpretation, but, I needed to dig a little deeper. So, I dorkishly took it upon myself to reach out to PJ Soles (who plays one of the bullies, Norma) and asked what her thoughts were on the subject. 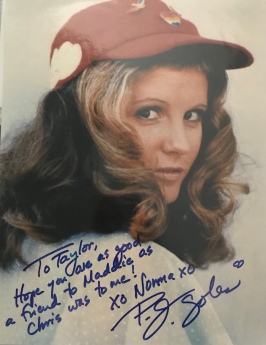 “I believe the laughter was all in Carrie’s mind,” Soles wrote in a letter. “Except for my character, Norma – she really was laughing at her!”

Considering the psychological trauma Carrie had endured throughout her life, I’d have to side with Soles on this one. What do you think? Comment below!