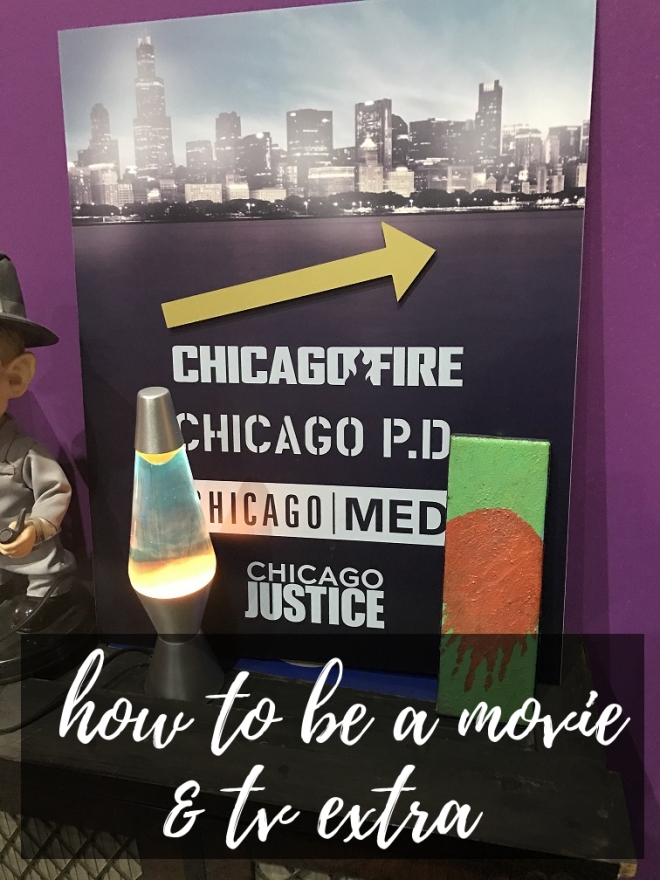 The Tidbit’s Guide To Being a Movie/TV Extra

It was August of 2012 the first time I had a true, introspective evaluation of “what the heck am I doing with my life?” I had just started my freshman year of college at Illinois State University, majoring in special education, but none of what was happening was sitting right with me. After a few days of not being able to shake that feeling, I decided to go back home and really figure out what it was that I wanted. While packing up my dorm room and waiting for my dad to bring me back home, I was scrolling through Facebook and saw a post about a casting company in Chicago looking for background extras for a television series called The Mob Doctor. At that point, I had nothing to lose and decided to apply. The next 36 or so hours were some of the best/strangest of my life. I arrived back home around 2 a.m. and found myself on the set of The Mob Doctor at 8 a.m. 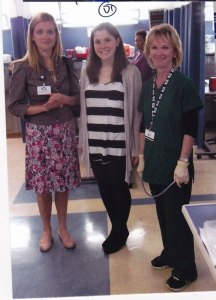 Now, my life has been a series of endless movie-watching, so working on the set of an actual television show was astounding to me. The attention to detail and all of the hands that go into shooting a scene is something that still blows my mind. The experience was just what I needed at that point in my life, and is something that I still dabble in every once in a while. But, the question I get asked the most in regard to being an extra is “how?” As much as I’d like to claim that it’s because I’m talented and fabulous, the truth is I’ve had this journey because I’m a normal person who knew where to look. And, while I still don’t know “what the heck” I’m doing with my life, I’ve learned a lot about myself sitting that week of sitting in a dorm room, and my experience as an extra helped catapult that learning experience. Read on below to learn how to get involved in Chicago’s television scene.

Have you ever wondered where the people in the background of your favorite movies and television shows come from? Well, these people are generally not actors but are your friends, neighbors, and “that guy you met one time”.

Background actors, usually called “extras”, are crucial for the production of any show or movie. Scenes with extras can vary in size, with some productions needing hundreds of extras for just one day.

A few years ago, I worked steadily as an extra on shows including: The Mob Doctor, Chicago Fire, and Sirens. Being able to see how a television show is made was awesome and I was always amazed at how much effort and detail was put into every little aspect. A two-minute scene could take hours to film and there are dozens of people running around to make each shot look perfect.

Right now, Chicago is busier than ever with filming TV shows, making the opportunity for you to be an extra that much greater. Shows currently filming in Chicago include: Empire, Chicago Fire, Chicago PD, and Chicago Med.

So how can you get involved with these shows? First, you need to know the names of the key casting offices. ExtraOrdinary Casting, Joan Philo Casting, 4 Star Casting, and Tail Sticks Casting are the major offices for extras casting in Chicago. All of these companies have public Facebook pages where you can find listings for upcoming show shoots.

Typically what will happen is there will be a post of what kind of extras are needed for a particular shoot. For example, it will read something like “searching for extras for Chicago Fire on Wednesday April 10th. We need males and females ages 18 – 30 of all ethnicities.” If you fit the description, you send an email (address normally provided in post) with your name, age, height, weight, and phone number. You then include a photo (tip: no sunglasses or hats and make sure the photo is solely of you and accurately portrays what you look like).

Each office has a different casting process. Some will call you if you’re cast, others will email and will provide instructions. However, with so many applicants, they only reach out to the people who are chosen. If they are not planning on using you, you will not get a phone call or email.

The most important thing to remember is that, if you submit your availability for a day of shooting, you should always hold to that. If an office casts you and you say you are no longer available, you will ruin all future chances at being cast.

Everything from the casting process to the actual filming process requires a lot of patience. When on set, shoots can last for hours upon hours. Much of that time is spent in an extras holding area while you wait to be called to set. It is always best to bring a book or tablet to occupy your time.

You also need to bring a few different outfits so that wardrobe can have you change if there are a few scenes throughout the day. It is always best to bring a variety of wardrobe, because that can increase your time on set.

When you first get on set, it can be both exciting and overwhelming. You should always leave your phone in holding because 1) you are never allowed to take photos, and 2) if your phone rings while shooting, the crew will hate you. Also, you should never look directly at the camera and you should not speak to actors or crew unless they speak to you first.

It sounds like there are a lot of rules (and there are), but being an extra is an awesome experience. If you’re interested in trying out background acting, it is a great way to get some behind-the-scenes knowledge of film while making a little extra money.