Spending A Weekend in Rosemont, Illinois

Just outside of Chicago sits Rosemont, Illinois – home to the famous O’Hare International Airport. It’s become a stomping ground for those visiting the Chicagoland area, and those residents looking for something to do outside of the hustle and bustle of the city.

Rosemont offers a variety of restaurants and bars, as well as entertainment options, including: the Allstate Arena, the Fashion Outlets of Chicago, Indoor Skydiving, Rivers Casino, AMC Theatres, and is known for hosting conventions (such as Comic Con) all year round.

Rosemont’s main hub of activity is right off of Balmoral Ave. and includes a strip of bars and restaurants surrounding a grass area where concerts often take place. I recently visited Rosemont for a bachelorette weekend and we enjoyed (almost) all of what Rosemont has to offer.

Friday, we settled into our rooms at the Embassy Suites, which is just walking distance from the aforementioned strip. After happy hour in the lobby, we carried on to Park Tavern for dinner, and all enjoyed something different from the restaurant’s extensive menu. Our next stop was at Kings, a retro restaurant and bar that offers bowling lanes, pool tables, and a few other collaborative games. The sports bar was filled with televisions, however they did not distract from the ambiance and fanfare of the environment. It’s worth mentioning they also played great music (who doesn’t love a little John Mellencamp on a Friday night?)

After Kings, we walked over to Bub City, a country-style BBQ restaurant with bars on either side. During the week, they offer live band karaoke on Tuesdays (which I would highly recommend) and on weekends they have live bands. This particular night, we had the pleasure of seeing Fletcher Rockwell, who played fun covers and some original music. 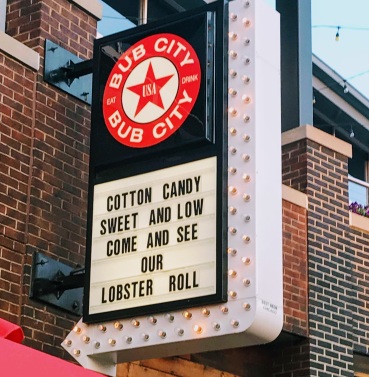 Bub City has a large drink menu and specials most days of the week. It’s a large establishment that is perfect for big groups. They open up the floor in front of the stage for dancing, and it’s always a fun party.

Before turning in for the night, we made one last stop at Adobe Gila’s. They were kind enough to let us in free of cover as a gift to the bride, however this is not a place I would return to after midnight. What is typically a Mexican restaurant becomes a wild club after dark, and brought back memories of college. Tons of bodies everywhere, incredibly loud music, and drinks spilling on you about once every other minute. All that matters about this, though, is that the bride had a great time and won over the crowd with her dancing skills.

Day two was met with a slow moving bridal party that eventually made their way over to the Fashion Outlets. This is your average mall, just with some higher-end stores with discounted items. My main motivator for venturing over there was knowing there was a Wetzel’s Pretzel with my name on it. Aside from that, there were two other highlights on our trip to the mall. 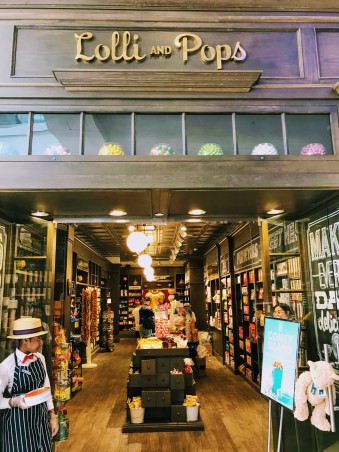 The first was my inaugural taste of a macaron. On my 24th birthday, I set a goal for myself to try a new thing every week (post on this to come!) One of the items on my list was to try a macaron. This opportunity presented itself in the form of a kiosk and an airy, red velvet circle of sugar.

The sweets continued as we ventured into the cutest candy shop I ever did see. Lolli & Pops was like stepping into the opening scene of Willy Wonka and the Chocolate Factory, with candies and treats I never even knew existed. 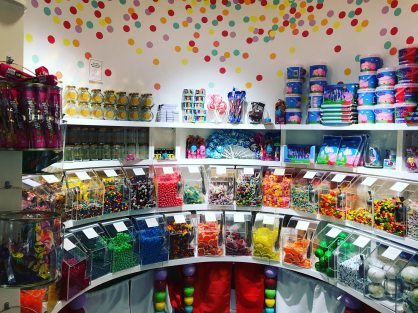 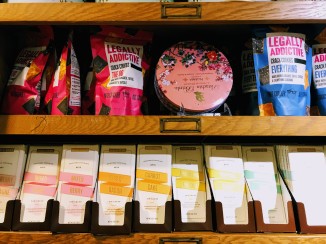 I wanted to buy everything in site, but (in typical Taylor fashion) got overwhelmed and left with nothing. Which is probably for the best, as the candy concoctions continued later in the day with a trip to the Sugar Factory.

The Sugar Factory is the go-to place for all things sweet. With everything from the host stand being located inside of a candy shop, to the cocktails being loaded with all types of sugary bits, this is the place to go to satiate a sweet tooth. I mean, how many places can you have a Belgian waffle with a side of Nutella for dinner?

All in all, it was a great weekend with a great group of girls and a bay of activities to choose from. Rosemont is ideal for celebratory weekends such as this one, but can also be suited for a day trip of shopping, entertainment, and fine dining. Until next time, Rose.

P.S. While we did not visit this spot over the bachelorette weekend, I would be remiss to not let fellow Caddyshack fans know about the newest addition to Rosemont. The Murray Brothers recently opened their franchised Murray Bros. Caddyshack restaurant and bar, where you’re encouraged to “Eat. Drink. And Be Murray”. The large bar and grill is filled with Murray memorabilia, including posters and photos from the titular film. There is also a “pro” shop with Caddyshack-themed golf gifts. Before you go there, enjoy walking around Rosemont for a bit because “I don’t think the heavy stuff’s gonna come down for quite a while”.